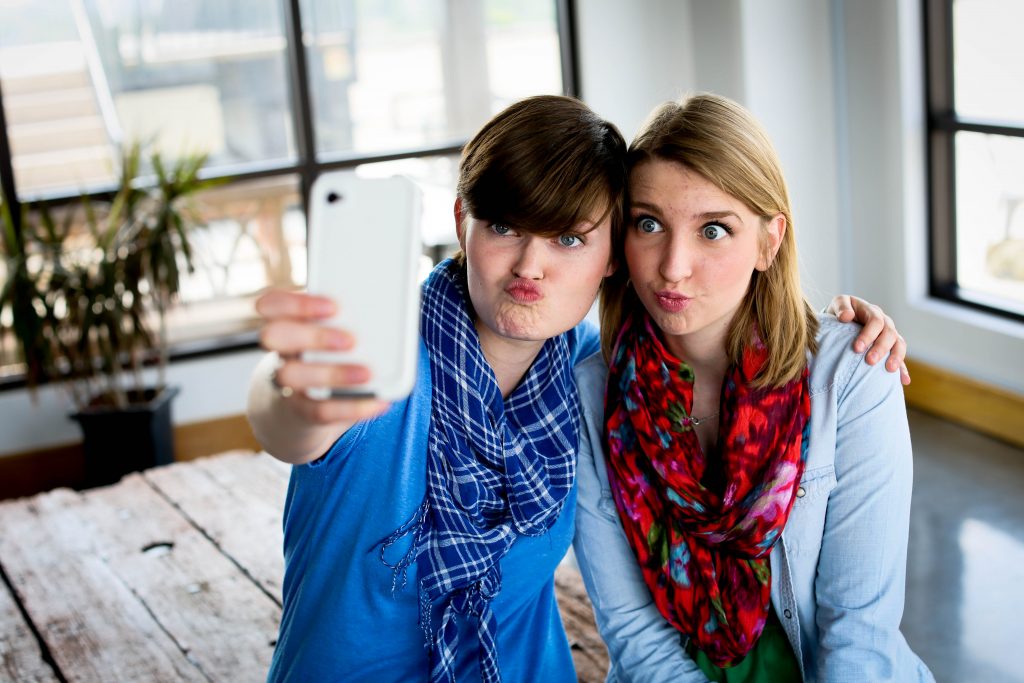 By Christie Garton, Founder & CEO of the 1,000 Dreams Fund

If you haven’t watched Netflix’s new rom-com Sierra Burgess is a Loser, you’re late to the party. But, that’s okay, because — as we know from the movie — most high school parties just lead to miserable drama anyway.

While the movie wasn’t perfect — Twitter was quick to criticize certain shortcomings — there were a few themes and messages that really stood out to me. At the 1,000 Dreams Fund, we work with girls at every single stage of the college process — from perfecting their scholarship applications to settling into freshman year. When Sierra’s guidance counselor pressures her to explain how she’ll manage to stand out to college admissions officers, I thought, “Yup…. been through that conversation before.”

Here are three major takeaways from Sierra Burgess that all high school girls should keep in mind as they power on toward college.

TAG 5 FRIENDS THAT STILL NEED TO WATCH SIERRA BURGESS IS A LOSER! #sierraburgessisaloser

1. When you define yourself by stereotypes, you’re selling yourself short — and misunderstanding your own strengths.

Sierra considers herself a “loser” because she’s in the marching band instead of a cheerleader on the football field. It takes her a long time to realize that her musical abilities are actually one of her very best attributes. In fact, it’s the school’s head cheerleader who has to point out to Sierra how cool her talents really are.

If you feel insecure about your passions, take a pause. Are you worried that it’s weird to love video games? Paintball? Crocheting? No matter what the activity is, you enjoy it for a reason, and you don’t owe anyone an explanation — including yourself. And when it comes time for college applications, the story behind a passion you’ve cultivated could help you write a killer essay.

2. Work that side hustle — and not just to put it on your resume.

Sierra spends her after-school hours tutoring. Why? She knows it’ll look good on her resume and she’s aiming to get into Stanford. Since it’s hyper-competitive to get into an Ivy League school — an average of just about 7 percent of applicants were accepted in 2018 — students are always looking for new ways to stand out to admissions officers.

Picking up a job or some volunteer hours to beef up a resume can be a strategic move. But, the movie reminded me that there are actually much deeper and more important benefits of this type of work. Tutoring queen bee Veronica ended up introducing Sierra to a best friend she never expected — and, she ultimately became a better, happier person. That wouldn’t have happened if she hadn’t pursued her seemingly insignificant side hustle.

3. Let other girls be your contemporaries, not your competition.

It’s so easy to develop rivalries, and it’s even easier to let those rivalries devolve into full-on jealousy and bitterness. We’ve made so much progress in recent years, but it’s still hard to turn off those negative feelings. Certain messages about what makes a girl “pretty” or “popular” can become ingrained inside our heads. Young women have to make the conscious effort to reject those feelings of inadequacy. Let your jealousy morph into appreciation, and allow yourself to be vulnerable. As we learned from Veronica, people are rarely as one-dimensional as assume they are, and you never know what they’re going through once they leave school each day. At the 1,000 Dreams Fund, we are all about girls supporting girls. It’s part and parcel of our ethos, as exemplified by the women who have joined this year’s Student Advisory Board. (We will be introducing them to you very soon!)

Maybe you feel like shaking off resentment is too difficult to do during high school because there’s too much history. That’s what’s so great about college — it’s a fresh start. Don’t write people off from the get-go, especially when your feelings stem from your own insecurities! Just like Sierra, you may find that the girls you were resistant to talk to are the friends you needed all along.