GET TO KNOW: TINA DEGENHART, A TWITCH BROADCASTER WHO WANTS MORE GIRLS IN THE GAME 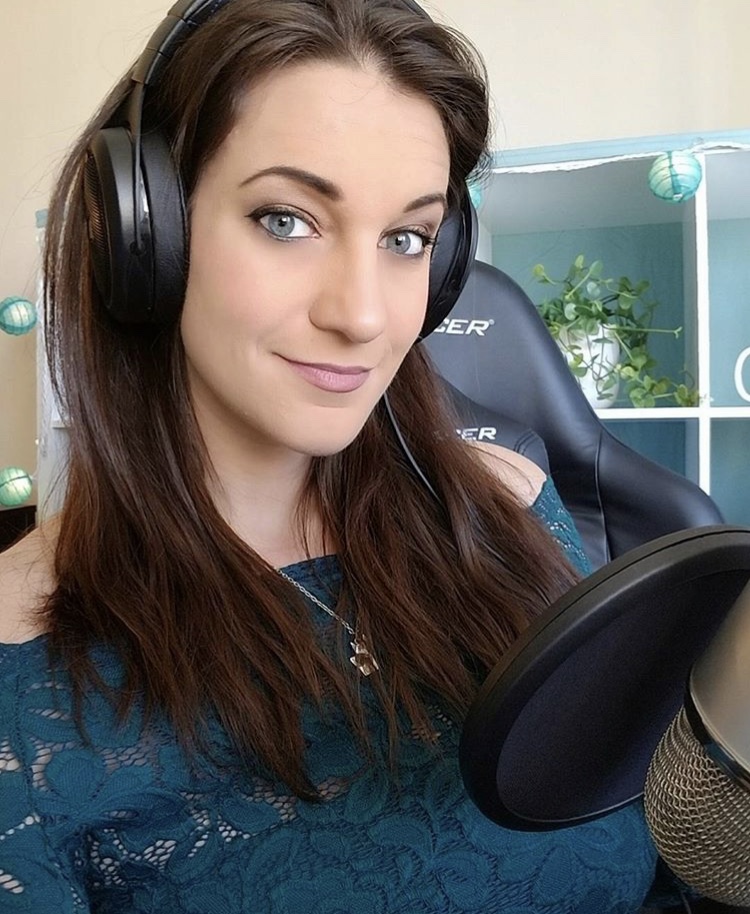 Tina Degenhart is going places — on and off-screen. A top broadcaster on Twitch — a live-streaming video platform where gamers can interact and compete — she’s ambitious and skilled. You may know her as ShadowFoxx086 on Twitch. Plus, her larger-than-life personality keeps fans coming back for more.

More young women are pursuing gaming—as a hobby and profession–and 1,000 Dreams Fund wants to help make those dreams come true. Join our Streams for Dreams fundraiser to help Twitch broadcasters (like Tina) help raise funds for the next generation of girls in gaming.

How did you first get involved with Twitch?

I first became involved with Twitch when I lost my job. Eight years in the digital marketing field: I was making big moves. Constantly teaching myself, sending myself to courses all around the country, making connections with people — I brought back knowledge to my agency, taking initiative to teach others and encourage others to be better. But I was asked to leave as I was too ambitious. That was quite a blow.

I had a huge moment of self doubt and found Twitch through a friend. She wanted to play video games together to keep me company instead of letting me sink into depression. I’m not sure what it was that first ignited the fire within me. The anger to stick it to my bosses for firing me. The terror of thinking about starting another office job. The absolute joy of knowing no one would hold me back but myself. I like to think it was a little of everything.


What sets you apart from other Twitch broadcasters?

I believe my strong open policy and honesty is what sets me apart. I don’t hide my struggles and I don’t push aside tough topics. We all experience struggles and we all internalize it to stop making others uncomfortable. We make excuses to make ourselves feel better. Instead we’re just holding ourselves back. Instead I’m trying to be proof that it’s going to be okay. This is how to get through it. AND this is how to come out even stronger, more positive.

Right now the community is dealing with a lot of issues. Sexism, racism, bullies, extremists. Along with these issues that aren’t easy for anyone to deal with, you have gamers who tend to already use video games to hide from their problems and other gamers who use video games as an outlet to vent their anger onto other people who can’t retaliate.

With that being said. I see a lot of people finally standing up for themselves. I see a lot of groups and movements tackling these issues head on and leaving behind a wake of positivity.  Women have their own share of problems. We always did and always will. But video gaming is just another platform that we shouldn’t shy away from. The community won’t understand how to treat women if we don’t show them how to.

What challenges have you faced specifically as a female broadcaster?

Women broadcasters receive a fair amount of challenges — just like their men counterparts. They are just different challenges, and that is where a lot of negativity comes from. Comparing each other, seeing who has it worse off and using those excuses to hold us back. Excuses are easy, safe and comfortable instead of putting in the work to really see what the actual challenge is and addressing the issue.

My specific challenges as a woman would have to be keeping a quality community and having others take me seriously. It is difficult as a broadcaster to gain, viewers, followers and later donations. Women tend to have a huge explosion in growth early on … they’re being treated like a freak circus side show. People just pass through to laugh and leave behind empty inflation. So when women receive hate and then see a huge drop they either quit broadcasting or change [their style].

One particular criticism that has really stuck with me and still does is when someone completely discredits the 80-100 hours a week I put into my channel. They diminish my achievements and laugh at my struggles. They think everything is handed to me, that I haven’t worked just as hard as them because I’m a woman.

What changes would you like to see in the gaming world?

Gamers are competitive. It’s our core value. It’s a strong emotion that society has taught us to be ruthless with. ‘Kill the competition!’ ‘Rip them apart!’ ‘Pick a side, you vs. me!’ ‘If you’re not number one, you suck!’ I would like to see the ideal of competition stop being less negative and more positive. I am NOT saying we should be less competitive. Not in the slightest. Competition is healthy — it inspires growth and pushes people outside of their comfort zones. It encourages people to be better. But let’s stop it from also encouraging us to also be nasty to each other. Let’s be better to each other.

Why should more young women take up gaming?

You’re going to be tested — either by the game or the community you are stepping into. You have an entire world at your fingertips with only you holding yourself back. Every challenge that gets thrown your way, you have to decide how you’re going to handle it. The great equalizer. It’s not easy. You’re going to lose hope. But you’re going to sit there. And then one day, you beat a game.

Video games are fun. Honestly, girls should take up gaming because it’s been one of the most empowering things I’ve done in my life.