Three times is the charm for 1,000 Dreams Fund’s BroadcastHER Academy 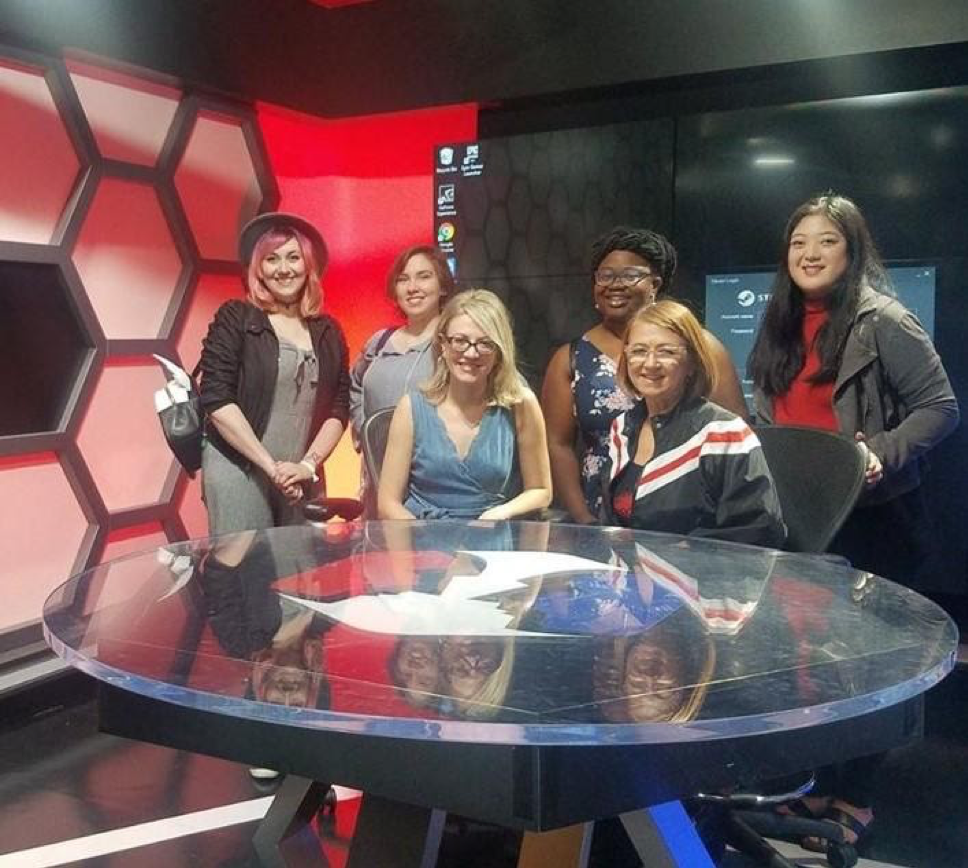 This year, 1,000 Dreams Fund went on the road with our BroadcastHER Academy winners to visit the ultra-cool HyperX Esports Arena Las Vegas, not once, not twice, but THREE times. It was a part of their prize for being selected to the Academy, which also included a $1,000 microgrant, gear from both HARMAN & HyperX and the chance to shadow the Allied Esports team at the Arena for a day.

Yes, thanks to HARMAN, HyperX, and Allied Esports, we were able to make the dreams of these women gamers come true, providing them exclusive access to an industry that can often be hard to navigate. For our winners who aspire to work in it – whether in-front or behind the camera, this was a life-changing opportunity.

We had such fun this year (with more to come in 2020!) , so we wanted to share a recap of everything our Academy winners experienced:

We took our first group of Academy winners to Vegas, which included streamers @MiladyConfetti, @RaineShadow, @RadPuppy, and @Obe_Won. You can read all about it here, but here are some photo highlights.

Obe_Won & MiladyConfetti get firsthand hosting experience while on stage at the HyperX Esports Arena Las Vegas.

@AbsoluteSodium got the chance to cast LIVE from the HyperX Esports Arena Las Vegas for their #FridayFrags Show with the Allied Esports Team!

The HyperX Esports Arena Las Vegas changed their “hype tunnel” colors to pink and white just for our BroadcastHER Academy winners, @HarleighQuynn, @PixelSuperhero, @AbsoluteSodium, and @Heyaroo who got to walk down it for their “stage moment”!

Last but not least, we wrapped up our third and final trip of the year on December 13 with @Zeloinator and @IAmRebelRebel along with special guests including @AmberGlowYoga, @HydroTroop91, and @RadPuppy!

BroadcastHER Academy recipient, @Zeloinator, received a tour of the HyperX Esports Arena in Las Vegas, a special walk down their hyper tunnel, AND a chance to cast their live #FridayFrags event!

We had a GREAT inaugural year for the BroadcastHER Academy thanks to our fantastic partners who made these visits so special for our women. Stay tuned for what’s in store for an even more exciting 2020!