Stream Dreams! As part of the ‘Twitch Unity Lounge’, 1DF Joins Thousands of Twitch Fans and Streamers at TwitchCon 2018 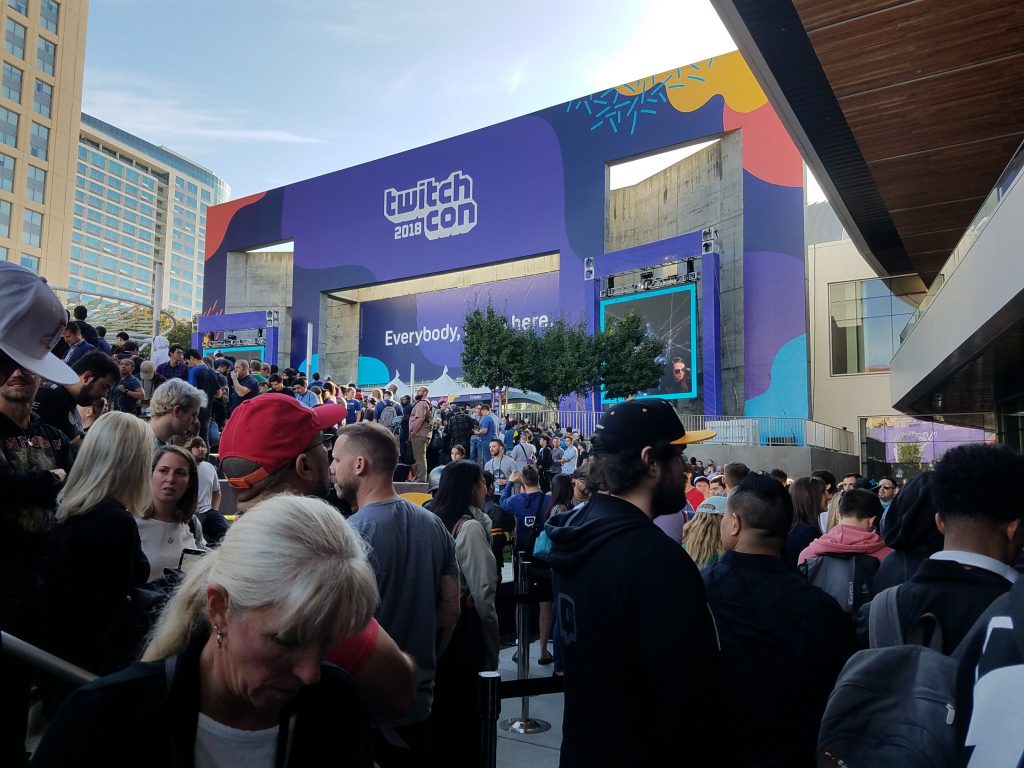 Thanks to our inclusion in the Twitch Unity Lounge, we turned up the volume at TwitchCon 2018 on October 26-28 in San Jose, California — and we couldn’t have been more excited to be there for our first time, joining thousands of Twitch streamers and fans while working to connect and inspire female broadcasters and gamers.

The annual event is a Twitch love fest, crammed into one ridiculously awesome weekend, with all the gaming, streaming tips, live e-sports, and so much more.

Katrina Jones, Director of Inclusion and Diversity at Twitch dropped by our booth at TwitchCon with 1DF Founder Christie Garton (right)

The gaming scene at TwitchCon

As Twitch is home to all kinds of streamers and audiences, TwitchCon represented many of these unique communities with 13 celeb ambassadors who embody that #BleedPurple spirit including AvaGG, DistractedElf, Xmiramira, djari, UmiNoKaiju, and pokimane.

Check out all these amazing TwitchCon exhibitors — including the 1,000 Dreams Fund!

We were thrilled to get in on the game with a 1,000 Dreams Fund booth in the #TwitchUnity Lounge, where we were honored to be among other inspiring nonprofits like AbleGamers, Rise Above The Disorder (RAD), GaymerX, The Trevor Project, I Need Diverse Games, Wounded Warrior Project, and AnyKey. In the lounge, we also met so many amazing streamers from the Twitch community and chatted about how to empower more women in gaming together.

We even launched our first-ever BroadcastHER Academy, Powered by HARMAN, live-stream series during TwitchCon featuring our first Academy winner, Alexandra de la Cruz, also known as @RadPuppy to her 60,000-plus Twitch followers. 1DF will be selecting an additional 11 female streamers and gamers to be a part of the BroadcastHER Academy over the next year. Every month, 1DF will announce two winners who will receive a $1,000 micro-grant and  partner with 1DF on their own “Academy” stream in which they will share their hard-earned advice to up-and-coming women in the industry.

During Alexandra’s BroadcastHER Academy stream, she talked about how isolating gaming can be and how she encourages other girls like her in the space to “keep up with their communities” and not get lost in the space. “I’ve also been all about trying to get everyone’s voice heard while helping them find their passion and ultimately be themselves,” she said.

If you missed Alexandra’s stream, you can still watch it here and learn more about how this gamer is inspiring so many through her online community.

At 1DF, we also like to have fun, too. We had the BEST time bringing together our BroadcastHER grantees and other fellow female streamers to network with industry leaders at our TwitchCon opening night mixer hosted in partnership with our fabulous friends at the ESA Foundation.

@RadPuppy, @Tammy_BlackMedia, and others at our mixer with the ESA Foundation

1DF Founder Christie Garton with AnyKey Organization, a group that helps create fair and inclusive spaces in the gaming community

Special thanks to the Twitch team for including 1DF in all the fun and congrats to all the wonderful #TwitchUnity organizations for a successful #TwitchCon2018!

Have a passion for streaming and gaming? Learn more about our BroadcastHER initiative and apply for a grant here.