Recapping Our Incredible Time at TwitchCon 2022 as a Featured Charity! 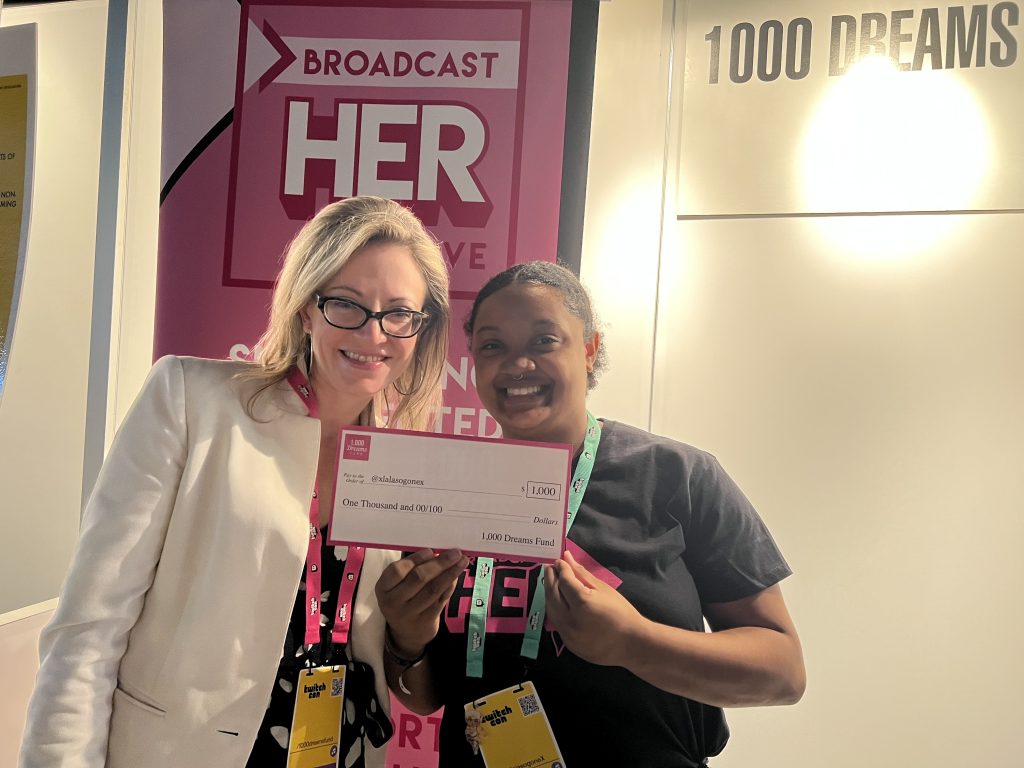 After being hosted virtually the last couple of years, TwitchCon was back and better than ever.

We were so excited to get back in the same space as the entire Twitch community and tons of fans for a weekend of games, meet and greets, Twitch Rivals, and more from October 7-9 in San Diego, California. 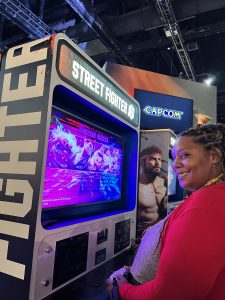 Our BroadcastHER Grant Winner and Dream Team Lead Imfamousx1x received a very special invite to the Capcom booth to play Street Fighter 6 live from TwitchCon thanks to our partners HyperX.

It was the best time and, 1,000 Dreams Fund was so honored to have been a featured TwitchCon charity, specially selected by Twitch to join nine other nonprofits for the weekend. 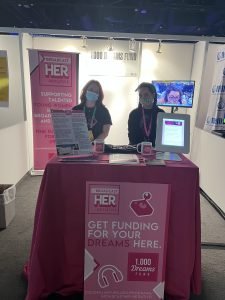 During the entire weekend, the Global Speedrun Association fundraised on stage in the Charity Plaza, splitting what they raised between all featured charities.

But, that wasn’t the only thing that had us cheering. 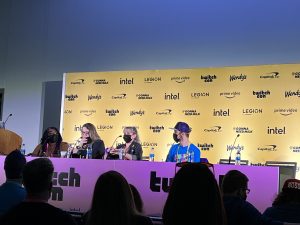 While we were there, we hosted a special meet and greet with 1,000 Dreams Fund founder and CEO Christie Garton. 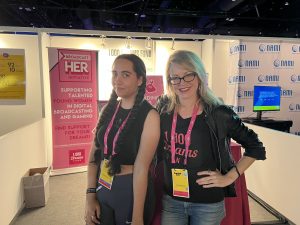 Our 2020 BroadcastHER Academy Fellow, NessaMeowMeow (L), was among our TwitchCon volunteers who received free entry all weekend! Pictured here with 1DF CEO and founder Christie Garton.

We even had a very special surprise up our sleeves, giving a BroadcastHER Grant to one of our TwitchCon volunteers: XlalasogoneX. 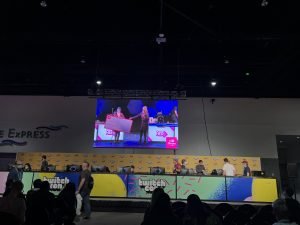 1,000 Dreams Fund’s BroadcastHER Initiative was featured on the live stage in the Charity Plaza at TwitchCon 2022. 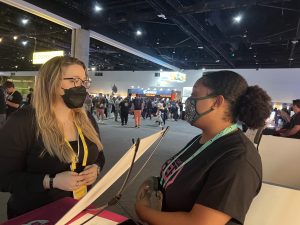 Check out our video that was played on the TwitchCon Charity Stage throughout the whole weekend, where we  shared more about our BroadcastHER Initiative:

It was such an honor to be chosen by Twitch to be a featured charity in the TwitchCon 2022 Charity Plaza! We look forward to next year.