Kungfufruitcup on A Being Competitive and Positive Gamer 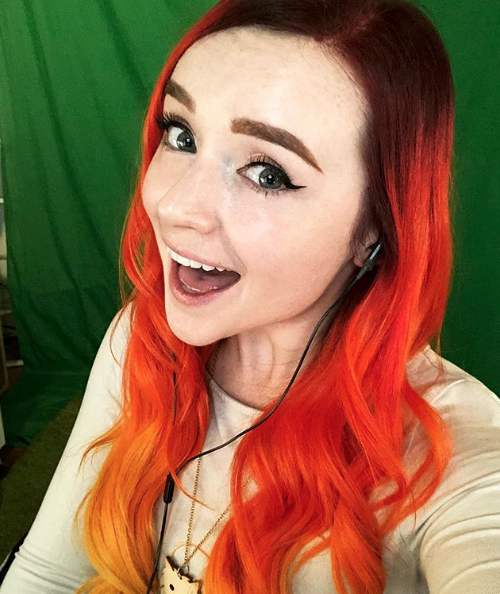 Gaming is competitive but it doesn’t have to be cutthroat. Kungfufruitcup keeps gaming upbeat, positive and supportive even while dominating players online. She joins 1,000 Dreams Fund and other Twitch broadcasters for Streams for Dreams to help raise funds for young women interested in gaming. As a student of animation and video, Twitch helped her take her professional interests into a global platform.

How did you get started on Twitch?

I found Twitch through some friends back in college. I was studying animation and video and had some friends in my major who liked gaming. So, they showed me Twitch. It was so crazy to see some of the games I loved as a child being completely broken and played so expertly and I was hooked. I made an account and started following people who speedran my favorite games. (“Speedrunning” is playing games quickly with a timer using advanced strategies).

As your online presence has grown, how has it affected your life?

My life has changed a lot since I’ve started streaming, especially since I went full-time. My life, my relationships and my perspective on social interactions has definitely expanded. I feel so fortunate to now know people all around the world. It feels like no matter where I travel, I’ll have friends. I’ve learned so much about certain mental hardships people go through and how better to support them. I’ve learned how to better lead a group of people, how to reach out, and how to keep myself motivated and driven.

What are some particular challenges of being a  young woman in the gaming world?

We tend to be judged more quickly for our ability to play games, our intentions for streaming and how we treat others, especially men. I’ve had people come in and just assume that I’m either bad at a game no matter what, or that I’m just using my looks as a girl to get viewers and financial support. But streaming is not at all about that for me nor is it like that for the other women I know that stream.

Have you ever received unwanted criticism as a young woman?

When it comes to how I deal with judgment online, it’s a learning process. Like most things, realize that it’s not personal. The people who tend to be critical of me and my stream don’t actually know me. So there’s no point in giving weight to those comments or letting those people affect me because they don’t actually care about me or value what I do. I’m open to criticism from people that I know and have friendships with because they’ll be the ones who are honest with me about improvements for myself and my stream.

Why should more young women get involved in gaming?

Gaming can be a great way to socialize, especially when you don’t feel like you have a lot of people around you that you can relate to. It’s also a fun way to keep your mind active and to feel adventurous! There are so many different types of games out there; some that require a high level of skill and competition, some that allow you to travel and experience adventure and others that challenge you even physically. Even Just Dance is a really fun way to game and be active at the same time!

What advice do you have for young women just getting started in gaming?

For those ladies who decide to get more into gaming, I’d say there’s something out there for everybody, so don’t be afraid to look around and try different things out! You never know when you’ll stumble across a game that you end up loving that you initially wouldn’t think you’re into. Also, be proud of who you are and what you like, and don’t let others make you feel bad for it. Your gender shouldn’t matter in gaming, just your enjoyment with your game and your friends. Don’t let anyone make you think otherwise. I don’t believe in the “girl gamer” stereotype. We’re all people. Gamers are gamers, simple as that.