Karissa Talanian On Becoming A Force In The Punk Scene 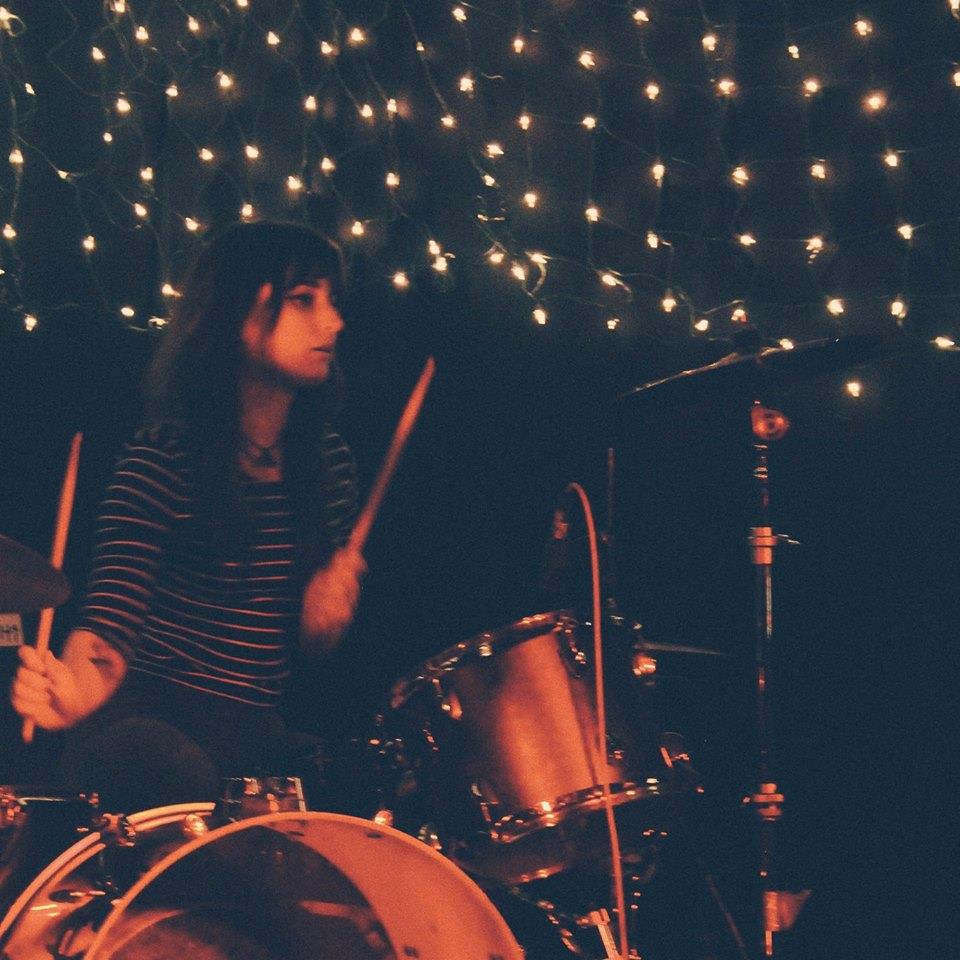 Girls rock! Karissa Talanian is someone who floors you with her casual swagger and creativity. She is the founder of Chicago-based Eye Vybe Records which primarily produces tapes of psychedelic, garage, and pop acts, and she thrashes drums for her own punk trio. Here’s how Karissa became a force in the punk scene.

What age did you start playing music?

My mom put me in piano lessons when I was six and I did that for ten years, but I eventually got bored. It was around junior high that I first started playing drums. I got a set and I was teaching myself how to play. At that point I wasn’t thinking, “Oh, I’m gonna be a drummer!” Drums didn’t hit me as hard as a “me” thing until I moved to Chicago and met the bandmates for my first band Strychnine.

When you were first teaching yourself drums did you have specific albums you played along with?

I didn’t have a signature album per se, but I was obsessed with The White Stripes. They were my favorite band for years. They had easy beats to learn and I could play around and improvise.

Have you experienced any differences in playing in an all-female punk band vs playing with men?

It happens. I honestly just try to avoid it, ignore it, spit it back in people’s faces when necessary. I’ve been playing shows in Chicago for six solid years now, and figured out which venues will treat you like garbage and which will treat you royally (Empty Bottle and Cole’s are good ones). I will delete any email that leads with: “Would you ladies like to play this show?”

How did you first start Eye Vybe Records?

I was buddies with (and am still friends with) this band Dark Frog, so I decided to record them as a trial. They were the perfect guinea pigs because we’re already friends, so there was less risk. From there, other bands asked me to record them and I was able to get it going.

Do you have any advice for young women getting involved in the music scene?

I guess my advice is to just not be shy, get involved, get your hands on whatever you can, go to shows, have a genuine interest in the music or art or whatever scene you’re excited about. Figure out how you want to be involved: show-goer, musician, organizer, DIY venue host, and just stick with it. Be honest, be genuine, have something to offer.

Would you say it’s a matter of being prepared for what comes your way in the moment?

Totally. A few years ago I just realized I should do whatever I want, so I got this tattoo that says “Do Whatever You Want,” which might sound stupid, but it’s working for me.

Karissa Talanian is living her dreams!