How Kaitlyn Uses Twitch to Help Her With Med School 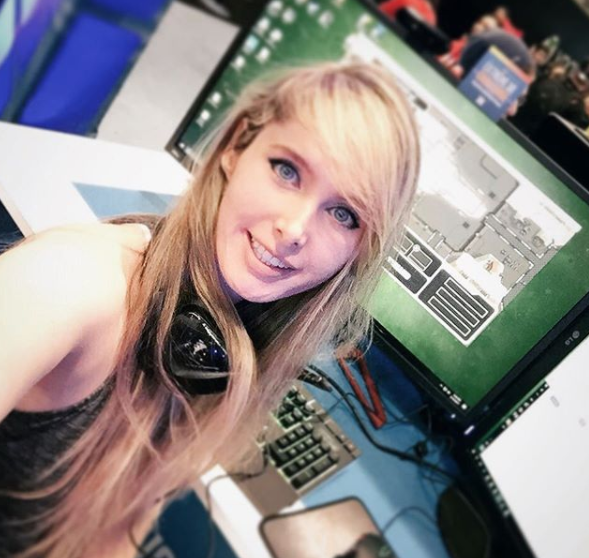 Gaming is more than entertainment for Kaitlyn, it’s her stress relief. Currently an ultra-motivated student in medical school, she uses gaming as a healthy outlet for relieving stress and having some fun even during the most difficult of weeks. Really, gaming has changed Kaitlyn’s whole world — she met some of her best friends and even her longtime partner through streaming. Support young women like Kaitlyn with our BroadcastHER Grant.

The 1,000 Dreams Fund Twitch BroadcastHER Grant provides financial assistance to eligible women to help with expenses in their broadcasting dreams. You can help us by joining here. Here’s Kaitlyn’s story.

Medical school is, of course, incredibly difficult. Why is it important for you to put some of your free time toward gaming?

I can’t even imagine how fast I would burn out if I didn’t still game in school! Gaming motivates me to get past the especially dry medical school lectures. I bait myself into finishing histology studies by telling myself I’ll get to play a game for longer if I finish the lectures quicker.

Gaming is helpful for me to de-stress, but there are a lot of games out there that tend to stress people out. I don’t get ladder anxiety from competitive games so I don’t find it stressful to play StarCraft or Overwatch during study breaks, though I’m sure using those games to relax will sound counterintuitive to some people. Improving in and studying games has just been my favourite part about gaming for awhile now, so focusing on that in between school gives me a sense of fulfillment that I sometimes crave.

When did you start gaming and why were you so drawn to it?

I started gaming when I was really young — I was probably 5 when I started getting really into it. I wish I knew why I was initially drawn to gaming. I was really into computers from a young age, and I also loved non-electronic games like chess. But gaming was like nothing else. If I could describe the feeling of gaming for the first time, it was as though I had been waiting for that moment my whole life.

Describe the sense of friendship and community you’ve found through online gaming and streaming.

Once I was finally able to go to the same conventions as my viewers and meet them in person, I became so much closer to my community than I ever could have imagined. I currently have one of my chat moderators over right now and we’re going to go snowboarding again tomorrow. Tonight we played some games on my stream. I also met my partner through online gaming and streaming! We were originally StarCraft II practice partners and now we’ve been living together for over 3 years.

I’ve gotten a lot of messages over the years about how my stream has helped people and I can truly say that it’s reciprocal. I’ve found so many inspiring people and mentors through online gaming. I’ve met a lot of doctors through streaming who’ve given me so many well wishes for the future. Mostly though, my community inspires me to always be a better person especially since I don’t want to let them down.

What kind of medicine do you plan to practice?

I want to be a surgeon of some type! I’m bringing this question back to gaming as well: it has helped me understand what I enjoy in life. I’m drawn to medicine for so many reasons, but out of all the specialities to choose I’m most interested in surgery because I really enjoy using my hands. I’m also an engineer and surgery is definitely the most engineer-like thing you could do. Anyway, I need to get around to playing Surgeon Simulator.

There are a lot of misconceptions about female gamers. What are some of the common stereotypes you’d like to clear up?

I kind of wish people just understand how powerful marketing is. If you ever wonder why there are fewer women playing one game and not another, try to think about how that game is marketed, and what the community for that game is like.

Online communities can be pretty toxic for women and people of color.  I’ve realized that if you want to make a difference, you need to always stand up for other people. Because there aren’t that many people in gaming doing that. There’s also a lot of resistance when you stand up for people online, but like, would you rather be on the other side? I don’t.