How Eleni Lazares Got The Dream Gig Of Interviewing Your Favorite Celebrities for E! 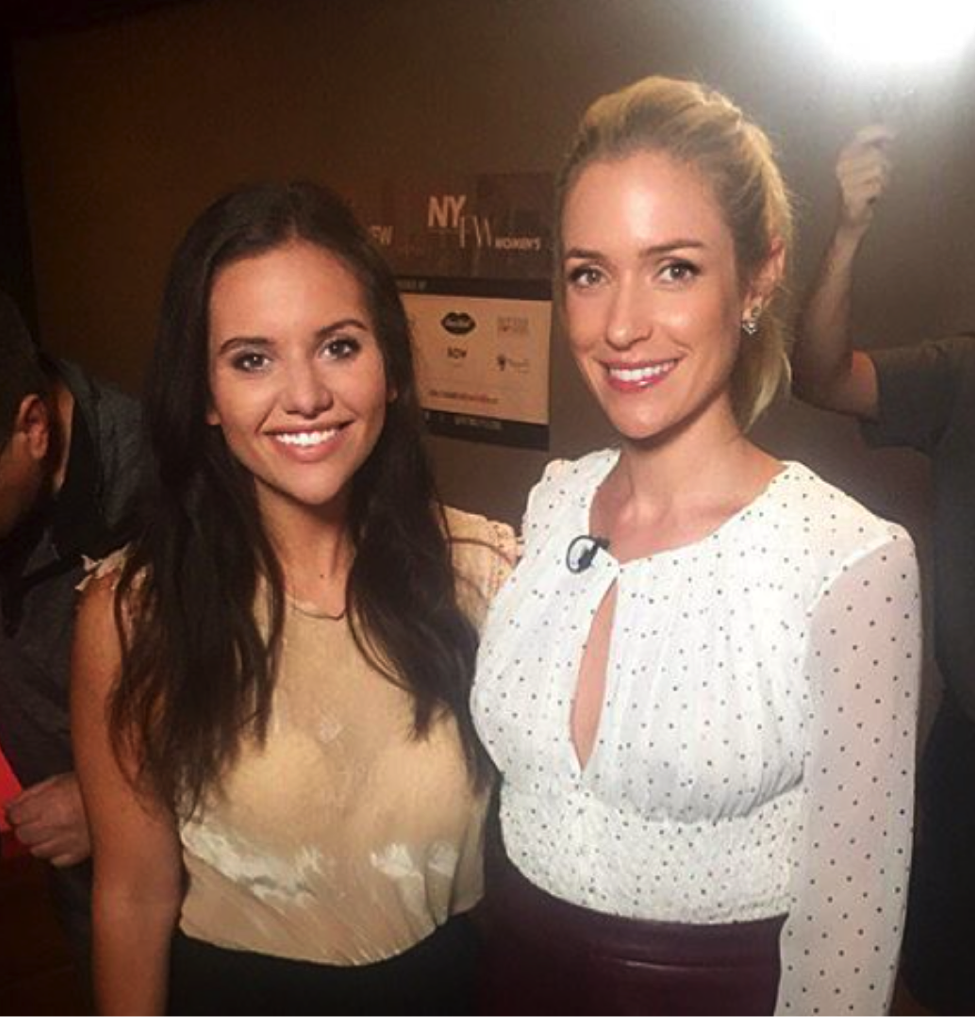 Eleni Lazares is an associate producer for E! News, and yes, it’s just as cool as you’d think it is — interviewing A-list stars on the red carpet is just a typical Tuesday. But landing such a coveted job is no easy task. A 2013 graduate of Ohio University, Eleni held several highly competitive college internships before she was officially hired at E! News. Here’s how she’s making it in Hollywood.

Your first NYC internship was at NBC’s Today Show. What was that like?

When I got the internship at I cried! I worked really hard to get it, so when I got chosen it was a dream come true. I remember everything about the first day: I wore an awful outfit that, at the time, I thought looked so good.

I tried not to take a moment for granted. I’ll never forget the first day I walked into the studio and saw Matt Lauer and Savannah Guthrie sitting at the news desk — I had to pinch myself. I was nervous for the first few weeks because I really wanted to prove myself.  I made sure to introduce myself to the producers and learn the ins and outs of everything. I didn’t care if it was sorting the mail or logging tapes; I wanted to be the best at everything, so the first few weeks I tried to put in a lot of work.

Did you make any mistakes while you were an intern at E! News?

Of course I made mistakes! Who doesn’t? My first day I almost didn’t make a deadline because I formatted something incorrectly. In this business, I’ve learned if you mess up you just have to keep going and do better the next time. It’s all about how you handle yourself. I learned it’s important to stay calm even when things get stressful. The following day I made sure to come in even earlier, so I would have enough time to get my work done.

E! News brought you on as a production assistant and after then you became an associate producer. What are your main responsibilities?

My mornings are usually spent gathering the top news stories for the day. Since I’m based in New York, I send an email to our team in LA listing all the latest headlines so they can see it as soon as they wake up.

In addition, one of my main jobs is to field produce.  This is my favorite part of the job!  I’ve gotten to interview people I never thought I would get to meet. When conducting an interview, there’s a good amount of prep beforehand. I try and read the latest projects they have going on and catch up with any other news I should know about. I usually work with one of our producers in LA to brainstorm questions.

You’ve had the opportunity to interview countless celebrities. What’s your favorite moment?

This is the most difficult question to answer. I’ve already gotten to interview so many great people, it’s hard to choose. I love Andy Cohen, so he was definitely a highlight to meet. I also loved getting to interview both Hugh Jackman and Daniel Radcliffe. They are two of the nicest in the business. There’s been a lot of great red-carpet moments. One that stands out, was an interview I did with Tom Hanks and Rita Wilson together at a premiere. They were hilarious together and it was an awesome experience just to be in their presence!

You’ve had such high-profile internships. What advice would you give a young woman who’s ready to start her first big-time internship?

Make sure to do your research for the company. You should come prepared and knowing as much as you can about the internship. Try to get in contact with former interns and ask what their experience was like. Also, I advise saying yes to EVERYTHING. Even if you’re tired, make sure to go the extra mile and ask your coworkers if they need help. It will help you stand out. It’s your job to make the most of your internship and learn as much as you can.