Gaming For Good! 1,000 Dreams Fund Competed Against Five Other Charities at the HyperX Arena Las Vegas — And Everyone Won Big! 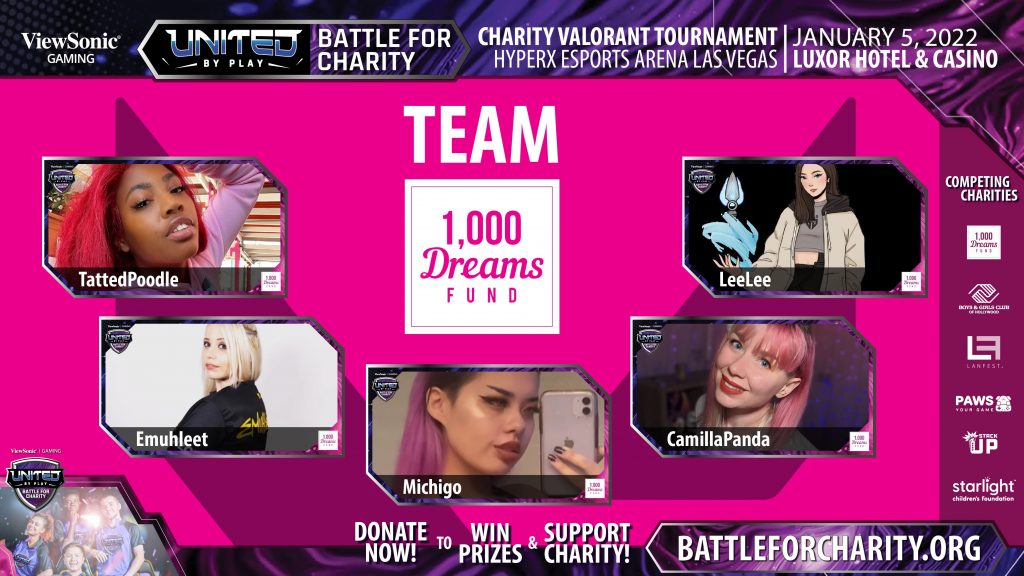 At 1,000 Dreams Fund, we jump-started the new year with a bang! On January 5, 2022, we were in Las Vegas for Viewsonic’s United By Play ‘Battle For Charity’ Valorant tournament, hosted at the HyperX Arena. This is the same amazing place where, in partnership with Allied Esports and HyperX, we’ve hosted our annual BroadcastHER Academy Esports Fellowship visits for our esports fellows! 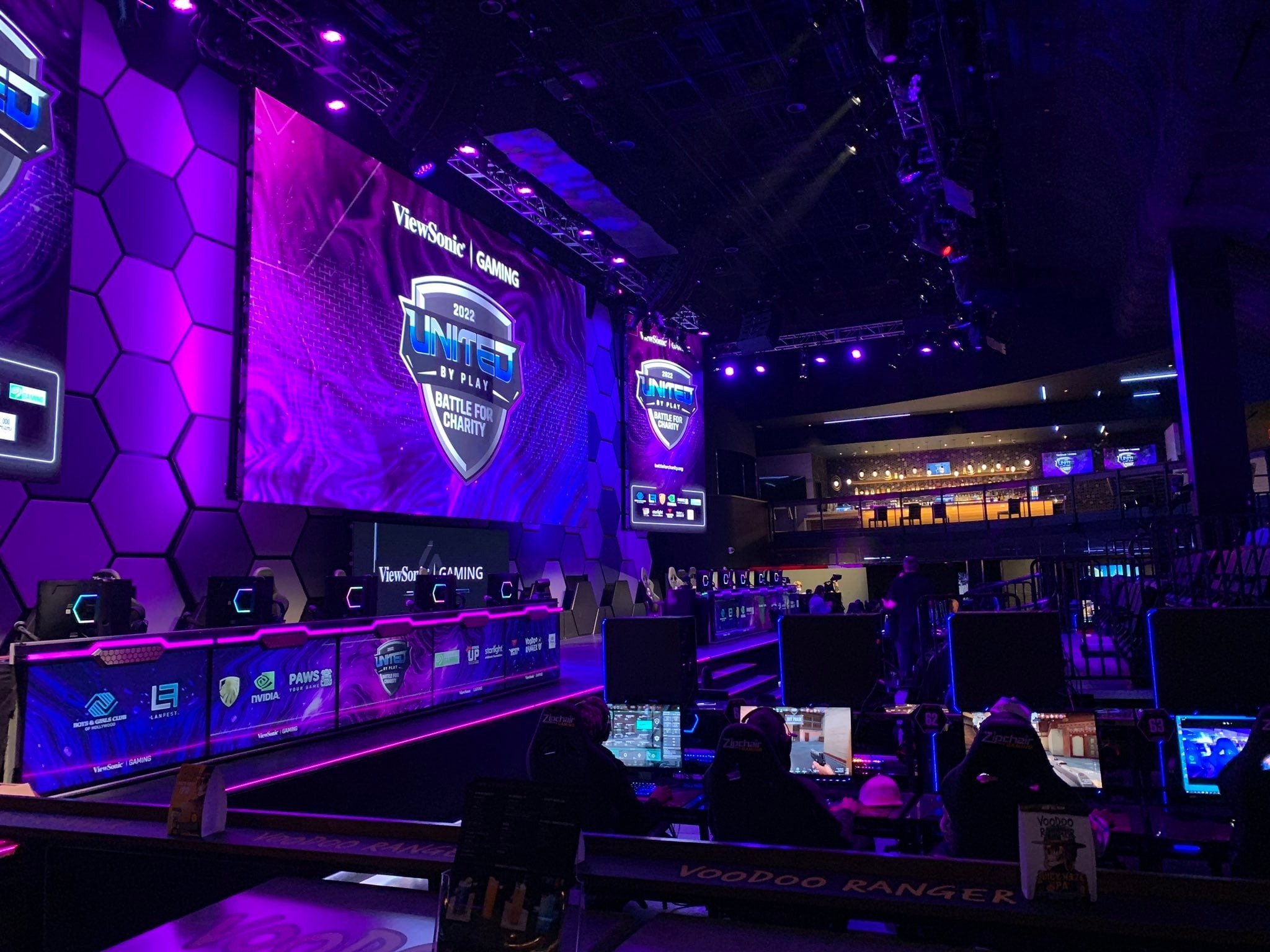 Hosted by the wonderful folks at LANFest,, we were joined by five amazing nonprofits, including Boys & Girls Club of Hollywood, Paws Your Game, Stack Up, Starlight Children’s Foundation, and, of course, LANFest for the competition — and, spoiler alert, we ALL went home winners.

For the tourney, each nonprofit recruited a team of five players to compete live — for the goal of raising funds to split evenly in the end.

Here are some of our favorite pics along with a recap of the event:

TattedPoodle and Lee Lee of Gen.G

We were so proud of our team — and that we had the ONLY all-women and non-men team at the tournament! 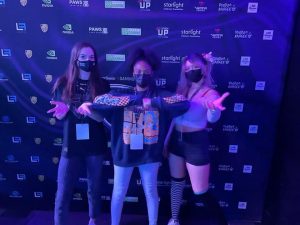 We were still so excited to win our first two games — the first was against Starlight and the second was a close game against Stack Up where the 1DF Team came out on top. We ended up battling Paws Your Game for the final matches and took second place overall.

Check out this clip of TattedPoodle getting her first-ever ACE during the final match against Paws Your Game! 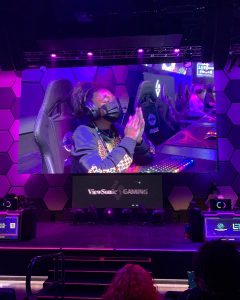 Congrats to our awesome team members and to everyone who participated!

In the end, we all came home as winners. The organizers raised just under $50,000 total that will be shared by all participating nonprofits! INCREDIBLE!