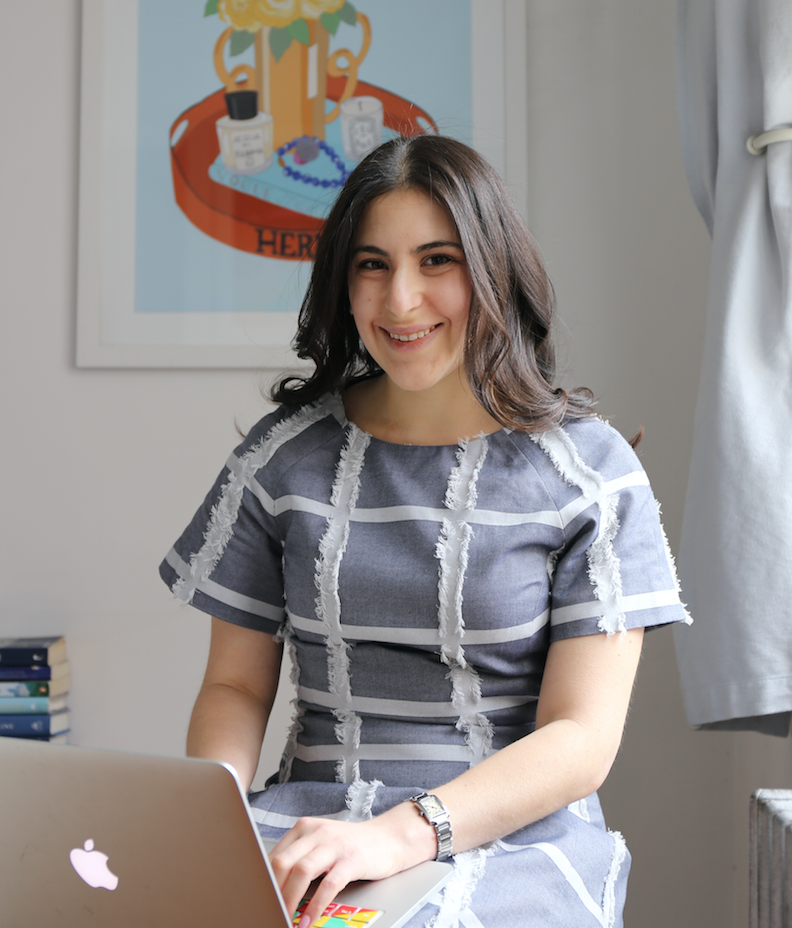 When Elana Lyn Gross  was looking for a  creative outlet to occupy her time, she had no idea that her signature blog would turn her into a professional and personal development resource for young women. She pivoted from a career in politics to start her own site that is now thriving. As part of her popular Career Profile series, Elana has interviewed more than 100 women in different industries. When she’s not focused on her side hustle, Elana full-time job as content strategist, plus freelances at publications such as Forbes. She has been  featured in TIME, Teen Vogue,, Fast Company, Refinery 29, Brit + Co, Alley Watch and more.

How did you get into digital media?

I went to school in D.C. and worked on the Hill, at the White House, at the Pentagon, and finally at the FBI for two years. I really wanted to end up at the FBI, but they had a hiring freeze when I graduated so I became a paralegal with the plan to either wait out the freeze or go to law school. I missed writing and wanted a creative outlet so I started a blog.

Levo League followed me on Twitter. I enjoyed their content and mission and came on board to do digital media strategy among other things. I was the fifth employee! I serendipitously stumbled into digital media but I haven’t looked back. I love that it allows me to be creative and connect with so many people online and offline.

What has been the most surreal moment of your writing career?

I was featured on Two Inboxes, a Forbes podcast about people who manage a side hustle and a full-time job. I was so honored to be featured! A few days later, I went to a press event and ran into a woman I recognized from Instagram and her blog. She turned to me in the elevator and said, “I’m listening to your Forbes interview right now!” It was such a funny coincidence and we’ve become good friends. A group of my coworkers also told me we were having an early evening meeting at a cafe and bar right by our office but it ended up being a toast to my feature. The podcast host, Molly Ford, suggested I pitch myself as a Women@Forbes columnist (and gave great advice for the pitch process) and I ended up getting a column, which has been so much fun.

Where did you get the idea for your career interview series your own blog?

I’ve always been inspired by people’s personal and professional development advice and curious about people’s career paths. Why not share it with a wider audience? We can learn so much from like-minded, successful, driven women! The Internet has revolutionized mentorship – you no longer need to know someone to learn from their career path and experiences.

How do you combat writer’s block?

I’ll frequently get my best ideas when I’m working out so I’ll go to the gym for a bit or take a walk around the block.

What is the best career advice you’ve ever received?

I interviewed Lisa Sugar, the founder of POPSUGAR, and  her mission and values are most aligned with my own. When I asked her about her motto, “work hard and play nice” she said: “It means being a good person and having respect for coworkers and partners. We can still be fiercely competitive and not back down. It doesn’t mean being overly sweet either; you can still be badass. “Work hard, play nice” simply reinforces that it’s much more of a pleasure to work with people who are part of a team, lifting each other up, listening to one another, and in it together as opposed to egotistical, selfish rule-breakers who think they are better than everyone else.” Yes to all of this!

What advice would you give to your younger self?

Be direct. Figure out how you feel then express it clearly. Be your own best advocate. Say no when necessary. Focus on self-care. Be present.