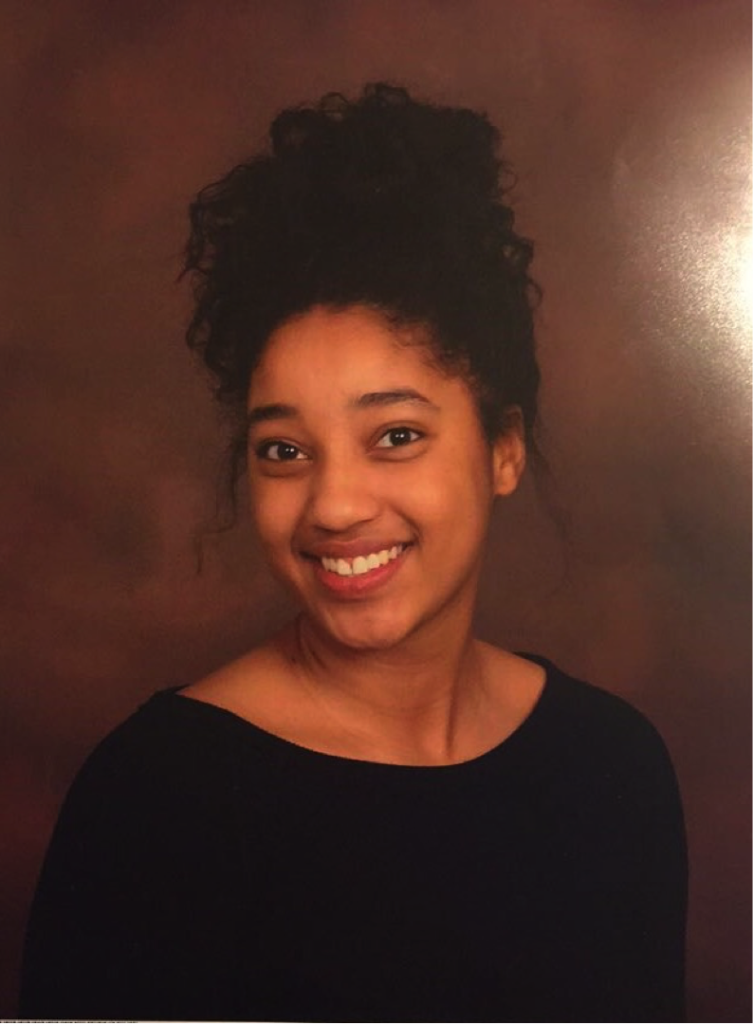 You often hear about women being underrepresented in STEM careers. High school student Brontë Johnson wants to change that. With an interest in the incredible world of Artificial Intelligence (AI), she is at the forefront of exciting advances from Siri to self-driving cars and computerized doctors. This is why she’s ready to lead the future of tech.

You plan to pursue computer science and eventually become an AI Developer — which is awesome. When did you first become interested in this field?

Believe it or not, I first got interested in Artificial Intelligence and AI development when I watched the movie iRobot. I was four years old at the time and I didn’t comprehend much of it, but I did manage to understand the underlying concept of the movie.

While some people may have interpreted the movie in a negative connotation, I saw it in a different way. I saw the potential technological advances humanity can make — just a glimpse of the potential we have! While we don’t want to take it to the extent of robots taking over the world, we can work with AI to improve our lives as a whole. From minuscule tasks and handiwork, to extremely large and costly space expeditions, AI can help in many ways.

As a high school student, how have you already put some of your long-term career plans into motion?

As a high schooler, I have been doing whatever I can to strengthen my foundation of code. To first create AI, you’ve got to code — so learning languages helps a lot. I’ve also been looking at colleges that have strong computer science programs, where I can better my learning of software and its development. I’m also working closely with teachers at my school who teach code and have even have gotten myself in a program through Microsoft.

For those who aren’t as educate about Artificial Intelligence, can you explain how it’s “the future”?

With each passing day, we dive deeper and deeper into the world of technology. Its growth is inevitable, and it’s growing at a rate that’s unimaginable! You look around society today and what do you see? People on mobile devices, on iPads, on laptops and on cell phones. You watch the news and what do you hear? Cybersecurity hacks, systems shutting down, politicians getting in trouble for emails, viruses spreading, social media booming. At the rate we’re going at, it isn’t long until we update our software to the next level.

What’s the next level? Artificial Intelligence. Before we know it, cars will be driving themselves, phones will become less and less hands-on, wars will be fought digitally and system software will be self-driven. It’s already happening! AI will help everyone in the long run.

My biology teacher, Mr. Bommer, played a big part in getting me into AI. He’s always so enthusiastic and gushes on and on about software and computers. The things he talks about are thought-provoking and simply brilliant, really. He understands the workings, and the ins and outs of huge platforms such as Instagram, Twitter and Facebook.

Understanding platforms like these really play part in AI because you’ll know what interests the target audience. You’ll know what to program and for whom. He’s an inspiration because I hope to have such an unwavering enthusiasm for technology when I grow up.

What challenges have you faced?

If I’m being realistic, I know that when I go to college, I’ll be faced with the challenge of being one of the few girls in the computer science program. I know that not all schools have a large gender gap as some schools, but many of them do. That would be my biggest problem — seeing not many girls interested in the field. Which is also why I love this 1,000 Dreams Fund, because they are motivating more girls to get into STEM and computer fields!

What advice pushes you toward your dreams?

Just because we’ve got Artificial Intelligence, doesn’t mean we lose our natural intelligence! Question everything, think for yourself and make your mark!”