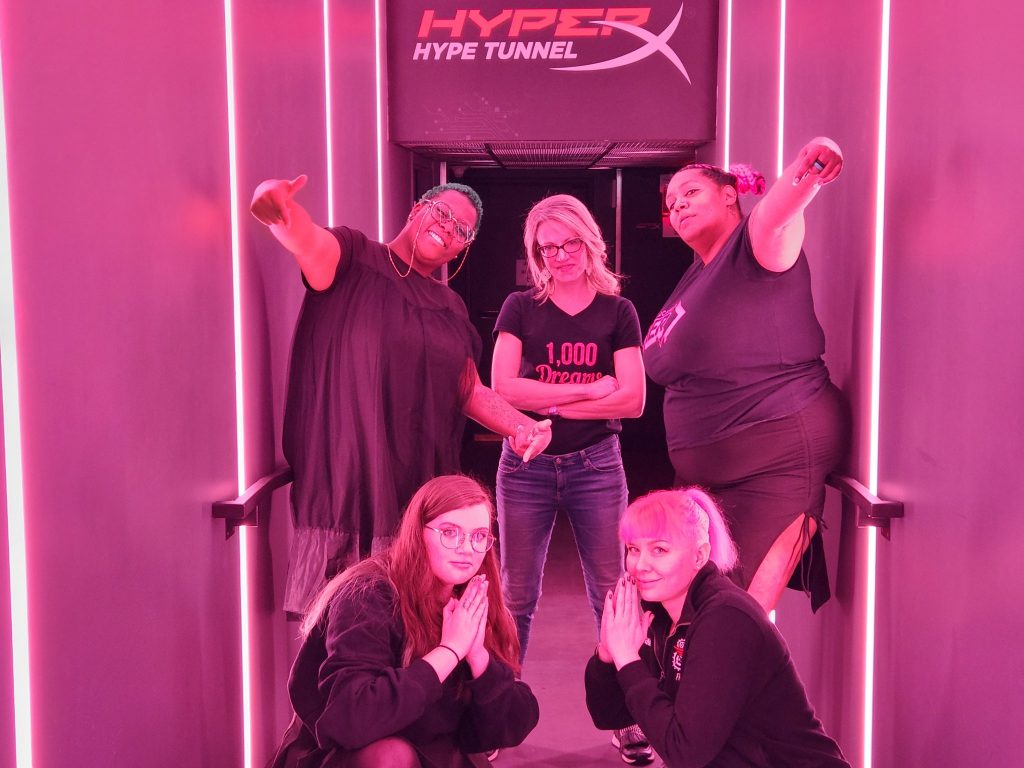 At 1,000 Dreams Fund, we wasted no time getting into the New Year game. That’s because we spent the first week of 2023 in none other than the Entertainment Capital of the World: Las Vegas, Nevada.

We had an absolutely AMAZING week in Vegas, packed with three major wins.

First up, we kicked off our time in Vegas with our BroadcastHER Academy trip to the HyperX Arena with some of our Fellows, including @RicRaction, @CamillaPanda, @Imfamousx1x, and @Lynzor.

This is such a unique experience with a once-in-a-lifetime itinerary, including a HyperX Arena tour and virtual focus group with HyperX’s team. 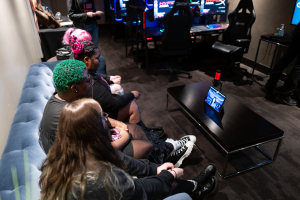 Our BroadcastHER Academy Fellows and guests received a virtual call from the HyperX team!

We also have a dedicated Q&A and mentor session with Allied Esports CEO Rob Proctor and then our Fellows have the opportunity to shadow Allied Esports team members. 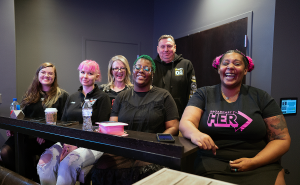 Our Fellows also get to assist with tournament production. But, it doesn’t stop there. They also get to compete and cast during the tournament, too — and host onstage interviews. 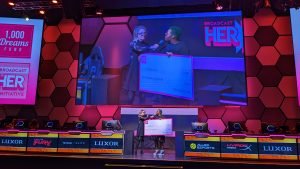 Our Team 1DF member TattedPoodle is excited to be competing on stage for Battle for Charity at HyperX Arena in Las Vegas.

One of the most special moments to us is onstage, where the Fellows accept their grant checks and we announce our BroadcastHER Grant for the fall. 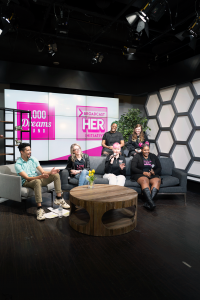 Our founder Christie Garton is joined by our special guests during our LIVE Fall BroadcastHER Grant Announcement — LIVE from HyperX Arena.

This wasn’t our first time to bring our BroadcastHER Academy Fellows to Vegas. For more, check out our 2022 trip here! 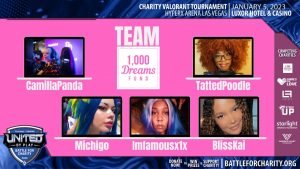 Next up? More gaming for good with Battle for Charity, which was also hosted at the HyperX Arena!

At this incredible event, six charities (including 1,000 Dreams Fund!) compete in a Valorant tournament to be united by play — and then evenly split the funds raised! It’s a win-win! 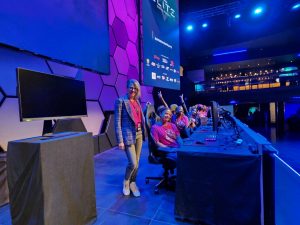 Our founder Christie Garton joins Team 1DF on stage before the first round of Battle For Charity! We love their pink shirts!

And, the tournament raised $40,000! Talk about a winning streak! 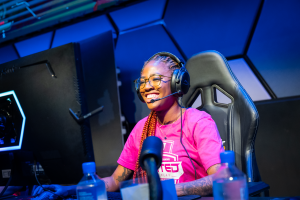 You can learn more about the event in our blog post here.

CES with HARMAN and JBL 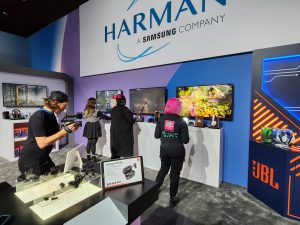 Last but not least, we were thrilled to have our founder Christie Garton join our partners at HARMAN for their CES 2023 experience on the ground.

Also joining us were our very own #1DFxJBLQuantum winners, including @RicRaction, @CamillaPanda, @Imfamousx1x, and @Lynzor, who got a special firsthand experience of JBL and JBL Quantum products!

Check out this video to hear from Christie and our JBL Quantum Grant winners about the program and how it’s helping them on the path to their dreams.