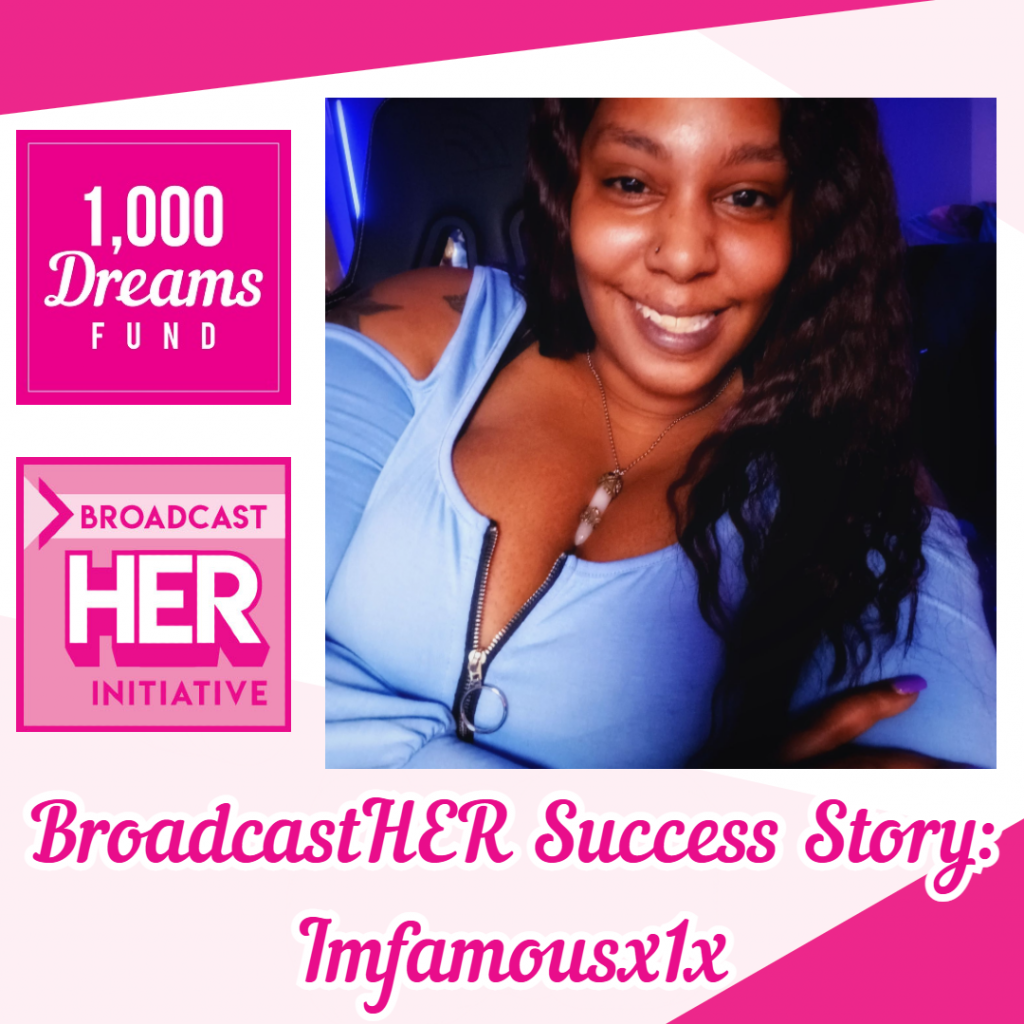 We previously celebrated @Imfamousx1x as a BroadcastHER Grant winner and a JBL Quantum Grant winner — and for good reason!

She manages an impressive list of roles, including content creator, caster/host, cosplayer, model, mental health ambassador, and parent — and, lately, she’s added more charity streams into the mix while working on her makeup show reel and traveling.

And thanks to the 1,000 Dreams Fund’s grants, @Imfamousx1x was able to “build her baby, Navicor” — her PC! — which paved the way for her to elevate her gaming skills, produce better quality content, and run more programs.

She was also recently on an episode of “Elevated,” presented by Progressive and HitPointOne and powered by our partners at Allied Esports. We love this show because its purpose is to celebrate new and emerging gamers and elevate their stories!

“I’ve streamed in front of a lot of people before, but Elevated was different, because we had the opportunity to really plug ourselves,” @Imfamousx1x says. “But, omg, meeting @storymodebae was the best part. I’ve looked up to her for so long and being able to not only sit and talk with her, but to actually have her see what I do, was amazing!”

After all, @Imfamousx1x knows how important it is to elevate talent in the digital broadcasting space. “As a woman of color, it’s very hard to get noticed — no matter how good you are, especially when you don’t have a checkmark or the right support,” she says.

As for what’s next for this inspiring talent, she wants to continue focusing on her communities by teaching and hosting tournaments. She also looks forward to being able to promote those around her who are doing great things — perhaps even by eventually establishing her own nonprofit or esports team — or both!

Congratulations on your continued progress toward your dreams!

“I’m very proud of all the casting and hosting I’ve done, which led me to be recognized as an esports person of the year in 2021. That was amazing!” -@Imfamousx1x